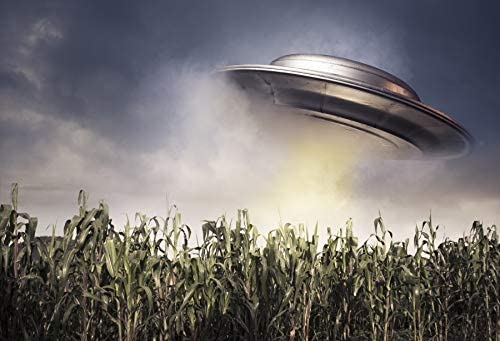 There’s this college (an invisible college if you will) that has no students and only eight faculty members. You can’t just sign-up and enroll in a class. In fact, there’s no campus or syllabi to explore. The Invisible College is the name given to the group of scientists and researchers that have band together to take a closer and finer look at the UAP phenomena. The eight men ensemble has been investigating and collecting evidence from across the globe since the 1950s. A lot of that evidence is eyewitness testimony and every so often a photograph or video appears that lends some credibility to the witness accounts. Then there are those rare cases, the ones that contain physical evidence that allows the group to look further into the UAP rabbit hole.

There have been reports of UAPs that appear to jettison a molten metal type of material as they hover of fly above. Take the case of lesser known case of the Muray Island UFO incident. The event occurred on the waters of Puget Sound and it involved a UAP craft dropping molten metal onto a boat, inadvertently killing a dog, breaking a man’s arm, and damaging the vessel. The case is one of the first cases in the United States that talk about molten material being jettisoned from a UAP as well as one of the first recorded cases of visitations from the infamous Men in Black.

Then there was the 1977 incident at Big Lake Park. It involved witnesses seeing a “big round thing hovering in the sky below the treetops” before crashing down behind some tree line. When witnesses arrived at the location, they were expecting to find the crashed object. Instead all they found were piles of what they described as “molten metal covering a six by four foot area and approximately four inches thick.” The material was said to have been of little interest to the local police or military base. The material was collected an analyzed by researchers. It was later determined to be a simple “high-carbon steel of a type common in manufacturing.“

The incident at Big Lake Park allowed the Invisible College to collect and study the metal. The initial conclusion was that it was a high-carbon steel and that it was common byproduct of manufacturers back in the days. Given that there were two foundries in Council Bluff at the time that could have produced the red-hot blob of metal, many believed them to be the source. However they weren’t near the sight of the supposed crash. In fact, there would have been no possible way for someone from one of the foundries to dump the red-hot molten metal without being seen or leaving heavy tracks all over. The only sighting of any vehicle in the area was of the big round thing hovering claimed to have been seen by many witnesses. And that’s were the story ends.

Stories of UAPs ejecting a molten metal type of material when flying or hovering were coming from all over the world. The Invisible College were out there, collecting evidence and interviewing the witnesses. Along with that evidence, the Big Lake Park samples were added to the collection and shelved away. Until recently when Dr. Garry Nolan got his hands on the samples and was asked to analyze the samples which led to him finding out that the metals were common but the isotope ratio wasn’t.

“Some of the objects are nondescript, and just lumps of metal. Mostly, there’s nothing unusual about them except that everywhere you look in the metal, the composition is different, which is odd. It’s what we call inhomogeneous.  That’s a fancy way of saying ‘incompletely mixed.'” -Dr. Nolan, Vice interview.

In one case, a UAP was seen flying in distress way back in 1957. The witnesses from Ubatuba, Brazil, claimed to see the object expel material that resembled molten lava when flying. As the UAP jettisons the material, it gains control and stabilizes before flying away. The samples collected from this case all had altered isotope ratios that cannot be explained.

“The problem is there’s no good reason humans have for altering the isotope ratios of a simple metal like magnesium. There’s no different properties of the different isotopes, that anybody, at least in any of the literature that is public of the hundreds of thousands of papers published, that says this is why you would do that. Now you can do it. It’s a little expensive to do, but you’d have no reason for doing it.” -Dr. Nolan, Vice interview.

“Most of the time humans use isotopes to blow stuff up—uranium or plutonium—or to poison someone, or used as a tracer in order to kill cancer. But those are very, very specific cases. We are almost always only using radioactive isotopes. We don’t ever change the isotope ratios of stable isotopes except perhaps as a tracer.”

“…in some cases the witnesses state that the observed objects appeared unstable, or in some kind of distress. Then, it spits out ‘a bunch of stuff.’ Now the object appears it’s stable and it moves off. It looks like it fixed itself. One hypothesis would be that the material it offloads is part of the mechanism the object uses for moving around, and when things get out of whack, the object has to offload it. It just drops this stuff to the ground, kind of like the exhaust. That begs the question (again assuming the things are real at all): what are they using it for? If there’s altered isotope ratios, are they using the altered isotope ratios? Are the altered ratios the result of the propulsion mechanism?” -Dr. Nolan, Vice interview.

The Invisible College disclosed the UAP information. They disclosed the accounts from the civilian and government witnesses as well as what samples they had collected. The information is there and is disclosed, yet no one is listening.

Probably because it’s not coming from a four-star general or the President in the form of a State of the Union Address. Or because other than eyewitness testimonies we only have pieces of a common metal with different isotope ratios as proof of UAPs. Hardly of any interest to those outside of the Ufology field. There are no little green men being paraded down the White House for everyone to see. That’s what I assume most people who ask for disclosure are looking for.

But it appears that disclosure is coming in unsuspected ways, from unsuspected agencies. Take for example the following video that might be the smoking gun that many of us have been looking for. The Long Beach Police Department video of a UAP ejecting material. Check it out:

The video from the LBPD is from 2004 and shows that appears to be a UAP dumping out some material before flying off at incredible speeds. So fast that the police FLIR camera has a hard time keeping the object in frame.

So when you read cases like the Muray Island UFO incident do you just assume it’s made up? or that the witnesses were confused and what they really saw was a crashing satellite? Because when police departments, Border Patrol, and the Department of Homeland Security start disclosing leaking videos, who’s paying attention?